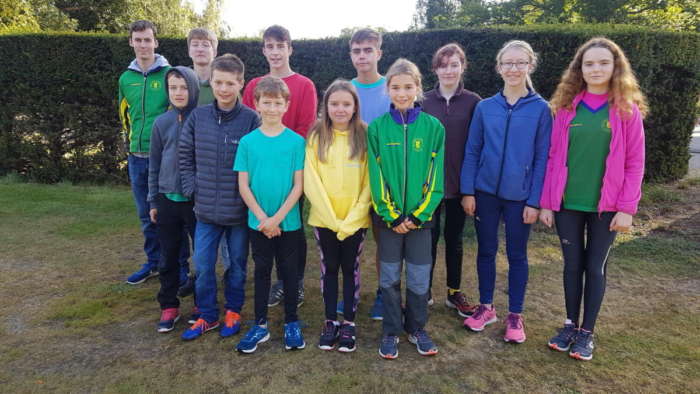 The Peter Palmer Junior Relays 2019 took place in Ashdown Forest near East Grinsted on the weekend of Sunday 8th Sept.

The main 6-leg event starts at 5am (about 1.5hours before sunrise – argh!) so everybody travelled to Michael Hall School on the Saturday and spent the evening playing football, chasing around, dragging each other around the sports hall in sleeping bags, eating hot dogs and burgers and just generally socialising. Lights out was at 10pm and after that, everyone reverted to whispers instead of shouts and eventually most dropped off to zzzz….

At 4.00am, the first leg runners for the main race started getting up and headed out to the start where there were hot drinks and pastries waiting to give energy boosts. Head torches were all lit and lined up at 5am ready for the mass start. The older and more experienced runners (Thomas for SN) were off! Time to get the leg 2 runners up. Thomas came back after a great effort, handing over to Nic. Runner 3 (Oli) was up and outside in time to see an amazing meteor right in front of us! It was so big that we found out later that it had been reported by several people as a burning plane and we could see the flames! Nic came back with a good time under his belt and Oli was off. It was daybreak by this time and Tommy went off in the mass start for the 4-leg Daybreak Relay. After that it was a blur of making sure everyone was ready at the right time and into the start boxes ready for handovers. At least everyone was up and about, tucking into the pastries by this time! Laura, Jocie and Frank completed the 6-leg team with a notable run from Jocie who finished in 3rd place on her leg. After Tommy also came back in 3rd place, Aiden, Ethan and Charlotte followed to hold overall 4th place for the Daybreak team.

The whole event from Saturday evening to Sunday morning was great fun and enjoyed by all!

click/tap photos for a larger version 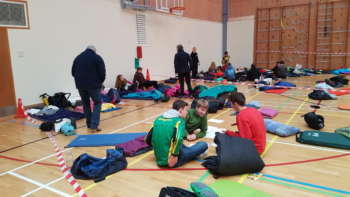 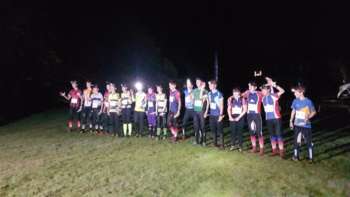